The Brandon Town Hall welcomes back one of their old favorites for a night of music and dancing in the Brandon Town Hall.
L.C. Jazz Swing Dance Band is a 17 piece volunteer Big Band with a mission, have a great time, play fantastic music and support continuing music education of area students through scholarships.
Come listen and/or dance as this classic big band brings on the “swing”.
This is a benefit performance for the Brandon Town Hall and the L.C. Jazz Scholarship Fund.
Tickets: Adults – $8, Seniors, Students, Military, $7, Couples: All ages – $14.
Tickets can be purchased at the door the night of the performance.
Continue Reading
July 15, 2017 in

This dare-devil aviation double feature is from 1928.

In “The Phantom Flyer” the famous stunt pilot Al Wilson portrays a border patrol aviator who uses his flying skills to save girlfriend Mary (Lillian Gilmore) from cattle rustlers.

In “The Sky Rider”, join Champion the Wonder Dog as he flies along with his master Dick to foil the plot of a disinherited nephew to get even with – well its complicated!!

Come see for yourself as we recreated the silent film experience (biplanes included) that caused people to first fall in love with the movies.

Tickets: This is a Free Will Donation Event. Sponsored by: Steve & Pam Douglass

Acclaimed Karen Carpenter sound-a-like and look-alike, Sally Olson, will appear in concert on Saturday, July 8 at 7:30pm at the Brandon Town Hall in Brandon, VT.
The show will include signature covers and hits by the Carpenters, such as “We’ve Only Just Begun”, “(They Long To Be) Close To You”, “Rainy Days And Mondays”, “Superstar” and more.
Sally offers commentary on the history behind the Carpenters’ music, as well as Karen Carpenter’s rise to fame and her sudden and tragic death at the age of thirty-two.
Carpenters Tribute Concert, debuted in January 2015 and was conceived by Bill Reed (arranger, music director & piano) and Sally Olson (artistic director & lead vocals). Randy Schmidt, author of Little Girl Blue: The Life of Karen Carpenter, has said that “Sally’s tribute to Karen Carpenter is heartfelt and honest” and Lane Gibson, recording studio owner, producer and engineer, claims that Sally has “an uncanny resemblance” and looks and sounds “just like Karen!” Sally is unsurpassed in her startling representation of Karen Carpenter, and her voice, appearance and stage-presence will have you convinced that the 1970s songstress lives on. Sally’s stunning vocals combined with state of the art video projection, vintage costumes, historical commentary, lovely arrangements and accompaniment by Mike Hartigan, will take you on an incredible journey into the world of the Carpenters.
Tickets: Adults – $8:Seniors (60 & up), Students (17 & under), Military – $6.
Tickets can be purchased at the door.
Sponsored by: New England Woodcraft, Inc., Donald & Dolores Furnari, Dorothy Leysath & Edward Loedding, Maria Ammatuna-Creative Fiber Designs, St. Pauls Lodge #25, F.& A.M, and Fran Bull.
Continue Reading
June 24, 2017 in

The Brandon Town Players will present their Spring production, “A Night Of Comedy” in a Cabaret style.

The performance will include comedy skits, short comedy radio shows and of course comedians.

The Brandon Town Players will present their Spring production, “A Night Of Comedy” in a Cabaret style.

The performance will include comedy skits, short comedy radio shows and of course comedians.

Join Jeff Rapsis and his magical keyboard as they accompany the second movie in our seasonal Silent Movie Festival – W.C. Fields in “Running Wild”.

In one of his best silent roles, W.C. Fields plays a hen-pecked husband who lacks the courage to stand up to his domineering wife until an inadvertent encounter with a hypnotist completely upends the domestic status quo.

Filmed in 1927 it is a great showcase for the younger Fields’ abilities in pantomime and visual humor.

Drum Journeys of Earth “Voyage Of The Log People”

This all new show from Drum Journeys Of Earth called “Voyage Of The Log People” is being put together by Limbo Lounge, a world beat group- made up of violin, key board, guitars, drums, drums, drums and newly added brass instruments, in combination with the West African Djembe Ensemble.

They have performed for the past two years and are now introducing another new show.

The log drum is the central instrument that will be showcased with Maoiri sticks and chants. Drums small and large, perhaps even described as huge!!

You might have seen Drum Journeys Of Earth in Rutland’s Halloween parade as the “Shelties” or matching in the Brandon Independence Day parade.

Come and enjoy the fun, laughter and good times.

“Beatles For Sale” is a Beatles tribute band from Massachusetts that is committed to recreating the sounds of the Beatles live in concert.

They are past recipients of regional awards such as Best Tribute Band in New England and Best Live Act and have received several other nominations from Limelight Magazine and the Pulse Music Awards in central Massachusetts.

This band delivers a fun and energetic performance complete with original instrumentation and vocal harmonies that are as accurate as possible to the original Beatles recordings.

The Band was formed in 2007 and is currently embarking on their northeast “10-year Anniversary tour.

They are known to cover many of the “later-era” numbers that most bands don’t even try.

Tickets can be purchased at the door the night of the performance.

The Brandon Movie…”Death In The Wilderness, A Love Story” World Premiere

“Death In The Wilderness: A Love Story” written, produced and directed by Brandon resident Kevin Thornton with the cooperation of half the town, will return to the Brandon Town Hall at 7:00 P.M. on Sunday, May 21.

This edition is the updated and final edit. This is the story of Brandonite Frankie Davenport, and her long search for the body of her husband George, who was fatally wounded in the Battle of The Wilderness on May 5, 1864.

But it is also the story of our town’s recovery from war.

This is a free will donation event, donations are accepted and appreciated.

Historian Bill Powers will present a pictorial and narrative presentation featuring Fred J. Bacon and the Forest Dale Banjo Factory. Fred J. Bacon (1871-1948) was a world renowned banjoist who lived in Forest Dale, Vermont from 1906-1915 and operated a banjo factory there.

He and his wife, Cassie, were accomplished musicians.

The detailed account of their Forest Dale years including a significant world-wide “musical first” and a number of anecdotes that provides “local color” to Brandon Area personages.

Connections to Lake Dunmore, Brandon, Rutland, Middlebury and environs will be explored.

More than 50 photographs and illustrations of that era will be displayed.

Tickets: This is a Free Will Donation event. 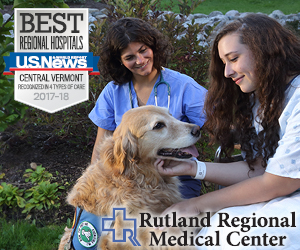