You are here: Home › comedy

The highly successful 2018 THE JOKE’S ON US TOUR continues into 2019! Known as the king of the rant, LEWIS BLACK uses his trademark style of comedic yelling and animated finger-pointing to skewer anything and anyone that gets under his skin.

Join us for a night of hilarity with one of the top ten highest grossing touring comedians for the last ten years. Leave the kids at home – this one’s for the grown-ups!

Chase the winter blues away with a faced-paced evening of Theatrical Improv, presented by Actors’ Repertory Theatre.

Back by popular demand for another weekend of laughs! Join this all-local cast of five in The Brick Box for a night of (adult!) laughs… in 481 e-mails! $10 tickets at the door or email daliferis@aol.com to reserve.

Back by popular demand for another weekend of laughs! Join this all-local cast of five in The Brick Box for a night of (adult!) laughs… in 481 e-mails! $10 tickets at the door or email daliferis@aol.com to reserve.

NEW YEARS EVE COMEDY! If ever there was a year that needed to end with a laugh, it’s this year! Say GOODBYE to 2018 with a hilarious night of laughter that everyone will enjoy, but that won’t break the bank! The “First Night of Funny” showcases four professional comedians with four unique and hilarious perspectives. With a lineup of comics from Netflix, HBO & Comedy Central, this show provides non-stop laughter. Couple that with a ticket price starting at $25 in advance, up to $40 day , AND a show that ends by 10pm on New Years Eve, you can’t miss this last chance to laugh! Get tickets at the box office or at www.FirstNightOfFunny.com

Piff The Magic Dragon at the Paramount Theatre

The stand out star of NBC’s America’s Got Talent and Penn & Teller: Fool Us
Think Larry David in a dragon suit performing jaw-dropping magic tricks and you’re on the right track.

With over 100 million online views, sold out shows across the US and Canada and a residency at the Flamingo Hotel and Casino on the Las Vegas strip now extended throughout 2018, Piff the Magic Dragon has proved he’s here to stay.

Joined by Mr Piffles, The World’s Only Magic Performing Chihuahua, the dynamic duo have performed all over the world in iconic venues such as Radio City Music Hall, Shakespeare’s Globe, the O2, London and Sydney Opera house. He was the opening act for Mumford & Sons on their 17 date UK tour and graces the cover of their Grammy award winning album “Babel”.

Call him unique, call him an icon, whatever you call him, Piff will leave you asking…

“How are you going to top a guy in a dragon suit?” (New York Times)

A fun night of Comedy and Karaoke with door prizes and 50/50 Raffle! 4 Funny people and me!

If nothing offends you in “The Loggers’ Holiday Variety Show,” you’re not paying attention. But, you won’t have much time to be bothered in Rusty DeWees’ nearly all-new evening of comedy and music. In fact, regardless of your tastes, you’re likely to be left laughing, sometimes uncontrollably, and even touched, but never bored.
Vermont comedian Rusty DeWees has again taken his original character, “The Logger,” from his ever-evolving one-man show and placed him in an old-style variety show that features music and comedy of all sorts.

FRIENDS! The Musical Parody is the hilarious new musical that lovingly lampoons TV’s Friends! You’ll laugh! You’ll cry! You’ll Unagi!
FRIENDS! The Musical Parody celebrates and pokes fun at the wacky misadventures of a group of 20-something pals as they navigate the pitfalls of work, life, and love in 1990s Manhattan. It’s a seemingly typical day at New York’s only coffee shop, Central Perk, until an unexpected runaway bride with beautiful hair enters the picture and kicks the whole gang out of second gear.
This unauthorized parody of the hit TV show was created by Bob and Tobly McSmith, the duo that created five critically acclaimed musical parodies including Bayside! The Saved by the Bell Musical (NY Times Critics’ Pick). 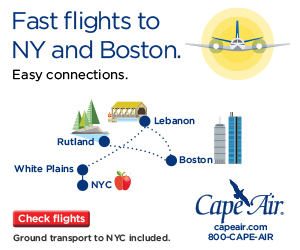