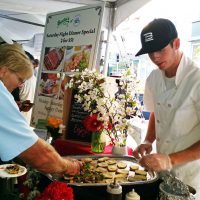 The Rutland Region Chamber of Commerce is pleased to announce the winners of the Best Taste Awards, Best Display Award and People’s Choice Award at the 36th Annual Chamber Winter In August Celebration held on August 8, 2017.  The event, which moved back outside to Merchants Row in Downtown Rutland, was sponsored by Davis & Hodgdon Associates, CPA’s, PLC; with support from Killington 14 TV; Casella Waste Systems, Foley Linen and Celebration Rentals.  The award judging panel was made up of local foodies Gordon Dritschilo, Kathryn McGrath and Matt Anderson.  The 9 criteria included everything from complimenting flavors to appeal to the eye. Restaurants were rated on a weighted point system and scored accordingly. 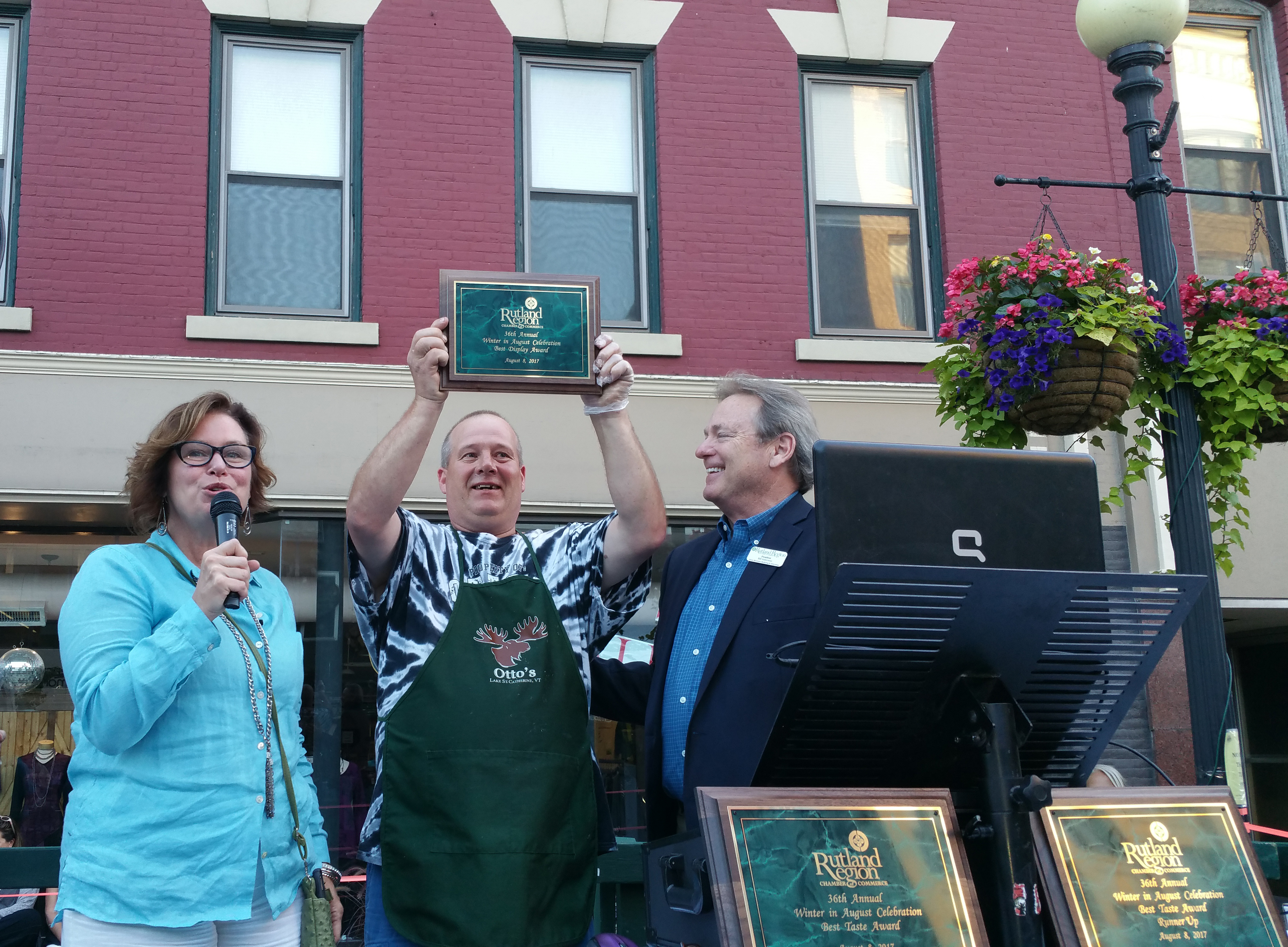 Attendees voted by ballot throughout the evening for the People’s Choice Award. 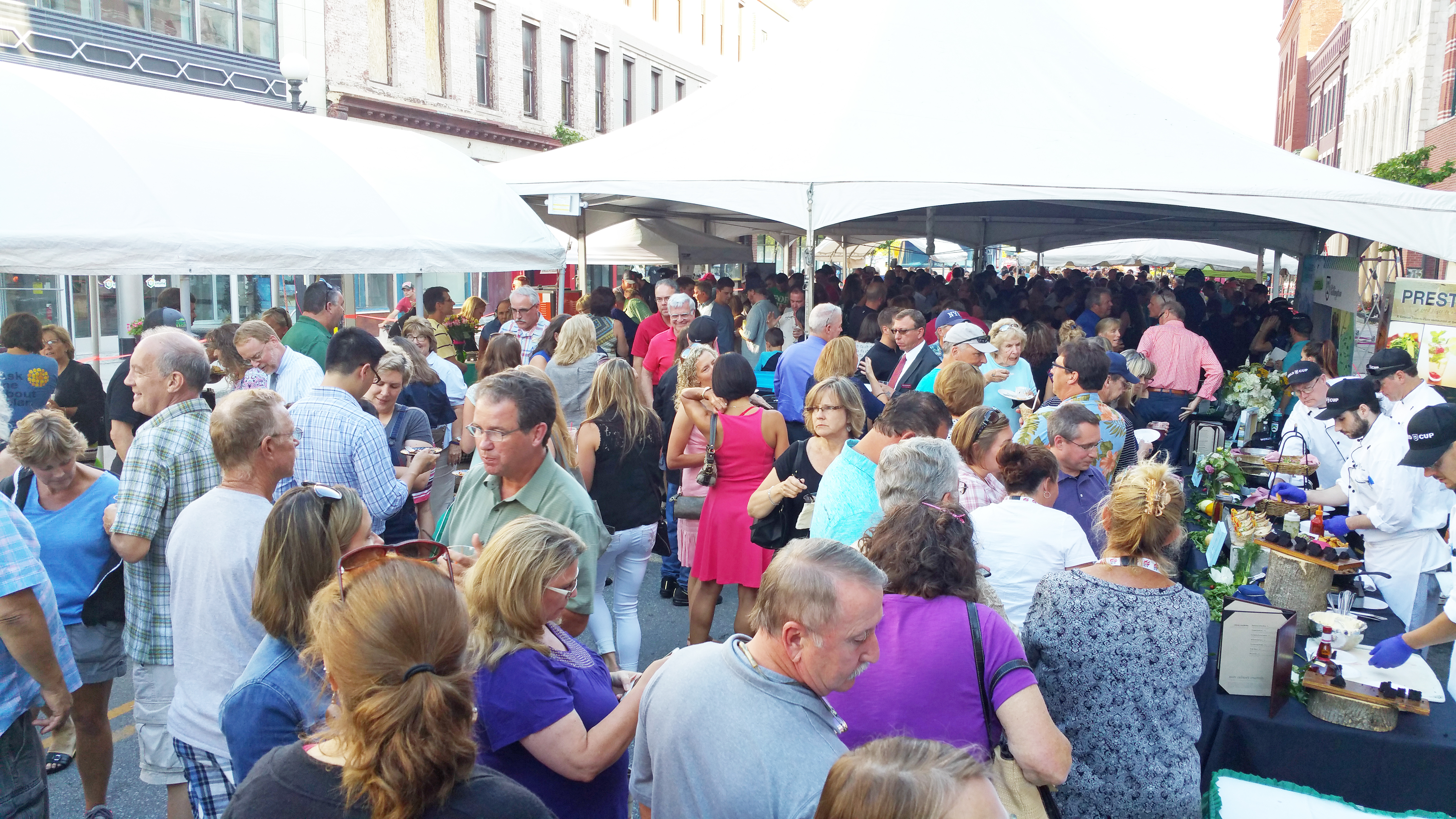 The event held annually recognizes the positive economic impact that the ski industry has on the Rutland region and Vermont.  Twenty five area restaurants and businesses provided delicious food for the over 800 attendees to enjoy while the businesses marketed their establishments. 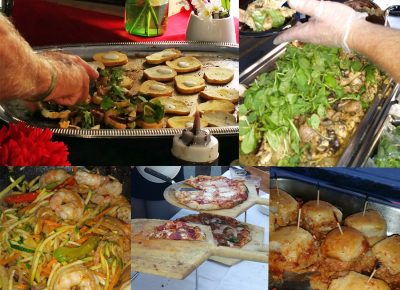 Thank you to the following businesses, restaurants and organizations participating in the 36th Annual Winter In August Celebration.