You are here: Home › News › Nominate The Next Chamber Business Leader of the Year 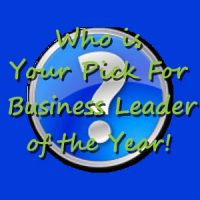 Nominate Your Choice For Business Leader of the Year!

The Chamber is currently soliciting nominations for Rutland Region Chamber of Commerce Business Leader of the Year for 2018.

Nomination criteria for consideration could include:

SAVE THE DATE!
The award will be presented at the Chamber Annual Meeting scheduled for  Thursday, October 4th, 5pm at The Paramount Theatre.

Real Rutland Feud Needs You!
Opportunity Is All Around Us
[fbcomments]