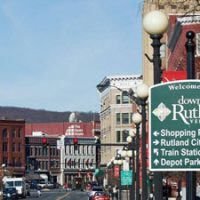 CONGRATULATIONS RUTLAND for making it to the top 25 in the nation. As of today, Rutland is one step closer to $25,000 and recognition as “America’s Main Street”! Keep voting!!

The national small business movement, Independent We Stand, announces the quarter finalists, including Downtown Rutland, in the 2019 “America’s Main Streets” contest. As the lifeblood of our cities and towns, our nation’s main streets play an important role in the long-term success of communities and help build a sense of place. Independent We Stand invites the public to vote for their favorite quarter finalist and move a deserving Main Street one step closer to the grand prize of $25,000.

The official announcement that Center Street Downtown Rutland was a quarter finalist was made at 10:00 a.m. on Monday, April 29, 2019. Rutland is one of 25 quarter finalist cities nationwide vying for $25,000. Robert Maguire, owner of Rutland Appliances, nominated Downtown Rutland as a candidate to win the $25,000. This grand prize and other prizes will be awarded on July 4, 2019. If Rutland wins, he plans to make sure the money is utilized so that it has a meaningful and long-lasting impact on the city. Robert enlisted Intrepid Athletics, a local non-profit organization, to help promote the contest. Since its creation by founding member Natalie Boyle, Intrepid Athletics has been dedicated to the Rutland area with donations of time and money.

To vote for Rutland go to: mainstreetcontest.com/profile/164

For Your Health Needs
May Greetings From Mary
[fbcomments]